Why some distrust our government—And how we can fix it.

Why some distrust our government—And how we can fix it.

“Trust the science” is a phrase that has been the center point of political discourse over the last two years during the pandemic.

Trust has been the lynchpin of our democracy. The people of the 13 colonies trusted a few to lead the revolution, a few to form the government, and a few to continue to govern it. However, that trust — the core principle of American values — has eroded over the last seventy years.

Now, trust in our institutions is the line between the sand that divides Americans. But unfortunately, many Americans believe that this trust in authority comes from ignorance when it comes from many past instances of corporate and government manipulation.

Many doctors during the 80s claimed that marijuana made consumers more likely to become addicted to heroin — the gateway theory — when marijuana is less addictive than alcohol and opioids. These two substances are legally consumed by millions of Americans every day. The reason why many view marijuana in a negative light is because of this theory.

During the mid-90s, “Breakthrough pain,” a common term used by doctors to treat chronic pain, was manipulated by Purdue Pharma to increase consumption of their highly addictive drug, Oxycontin, resulting in the two-decade-long opioid epidemic. Years later, the director of the CIA and the Bush Administration made a series of claims that Saddam Hussian possessed weapons of mass destruction to garner support for the Iraq invasion that resulted in a two-year invasion and occupation of Iraq, costing millions of lives.

There were no weapons of mass destruction. Instead, the most significant contributor to the war was Vice President Dick Cheney’s seat on Halliburton’s board, which received no-bid contracts to support the war effort: generating billions of dollars.

These major scandals happened almost twenty to thirty years ago. Now, Americans are more vigilant in spotting money in politics as many understand its role in the political system. To overcome this new obstacle, many corporations and government institutions use academia and experts to forward a specific narrative that benefits them.

To fight off class action suits, corporations use expert witnesses to show data to absolve themselves of guilt, often paying thousands of dollars for one expert witness when many plaintiffs who often represent the victims of corporate malpractice cannot afford such luxury.

As a result, jury members who see scientists, doctors, and other authority figures provide information on topics surveys themselves are not well versed on. This information is taken as fact. When dealing with the government, corporations fund researchers and studies that advocate for particular governmental action, which politicians will refer to when advancing legislation.

While before, it was the politicians’ word, which has lost its value over time due to many political scandals, now an expert indirectly endorses the legislation. This frequently happens in the military and defense industry. For example, Raytheon and Boeing, a few of the major companies in the industry, will fund studies that advocate for more aggressive foreign policy stances that will result in the U.S spending billions of dollars in government contracts buying their weapons and technology.

So when Americans are hesitant or distrustful of significant academic institutions, it is not out of bad faith. On the contrary, many Americans trust science in many aspects of their life. For example, nine of ten Americans believe smoking is harmful despite the push from Big tobacco to refute the wave of scientific evidence that reveals these harms.

Likewise, many Americans wear a seatbelt and drive sober, not just because laws deter such behavior but because studies indicate that driving under the influence increases the likelihood of accidents and fatalities.

However, there are ways in which authority figures can mend the relationship with their constituents — first, rejecting absolute certainty.

The world is constantly changing, and everything we know today will not hold tomorrow. In a world of innovation, leaders must acknowledge that things can change and quickly adapt when they do. Second, more transparency in our institutions, especially in academia, would allow many Americans to trust figures of authority. Third, being more upfront about financial disclosures will remove the perception that policy is being dictated by money. However, it is not up to the institutions to be the sole actors of change. Finally, voters need to be more aware.

When reading an article, examine the author’s credentials and find conflicts of interest or potential influencers while cross-checking sources to ensure that bias doesn’t exist within a study. Ask yourself the monetary benefit from this research and whether that would dictate the following: outcome of the study.

What we can take away from this is that the choice to trust authority is paralyzing. Moreover, exposing these authority figures’ intentions is almost impossible, as all authority figures receive money from someone through financial proxies, whose intentions are often shielded from public scrutiny.

We can not all wear our tin foil hats all the time, or no institution in the U.S would ever function, yet if we become too trusting in authority, we will repeat the same scandals, the same wars, and the same epidemics that plagued not just our country but the entire world only a few decades ago.

What is Greenwashing and Who is Participating?

Lobbying in our Prop System 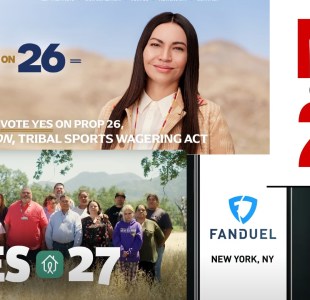 Lobbying in our Prop System

What is Greenwashing and Who is Participating? 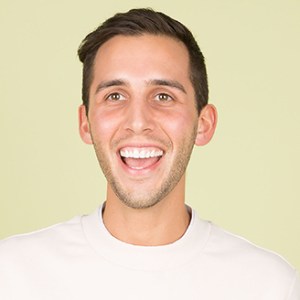 We are the Backpack Traveler, your favorite travel assistants! With more interested.... 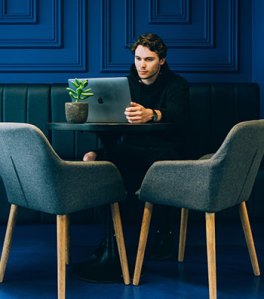